Dr. Chris Cruz-Boone is an award-winning educator and community activist. Her leadership journey started in 2003 when she was accepted for the National Hispanic Leadership Institute in Washington, DC. Chris is a first generation college graduate and earned her Master of Arts in Communication Studies from California State University, Northridge. In 2014, she earned a Doctorate in Education Leadership from Fresno State University. In 2021, she graduated from the California School Board Association Master in Governance (MIG) program.

She has been teaching full-time in higher education since 2006 and has been a speaker at dozens of professional education conferences. She was selected to represent contingent CSU faculty as an ambassador in San Diego, New York, Mexico City, Mexico and Edmonton, Canada. In the 2019-2020 school year, she was accepted as a Stanford University Community College EPIC fellow. She has served as parliamentarian for the Downtown Elementary Parent Teacher Association (PTA), to the BCSD District Advisory Committee (DAC) & the BCSD campus Climate Committee.  She spent many years as a eucharistic minister and lectern at St. Joseph's Catholic Church.  She has been part of philanthropy throughout her community and has volunteered with: Kern County Probation, Bakersfield Relay for Life, the Kern Domestic Violence Advisory Committee (DVAC), Extra Life, Good Neighbor Festival, MLKcommUnity, Creative Crossing and St. Vincent de Paul. 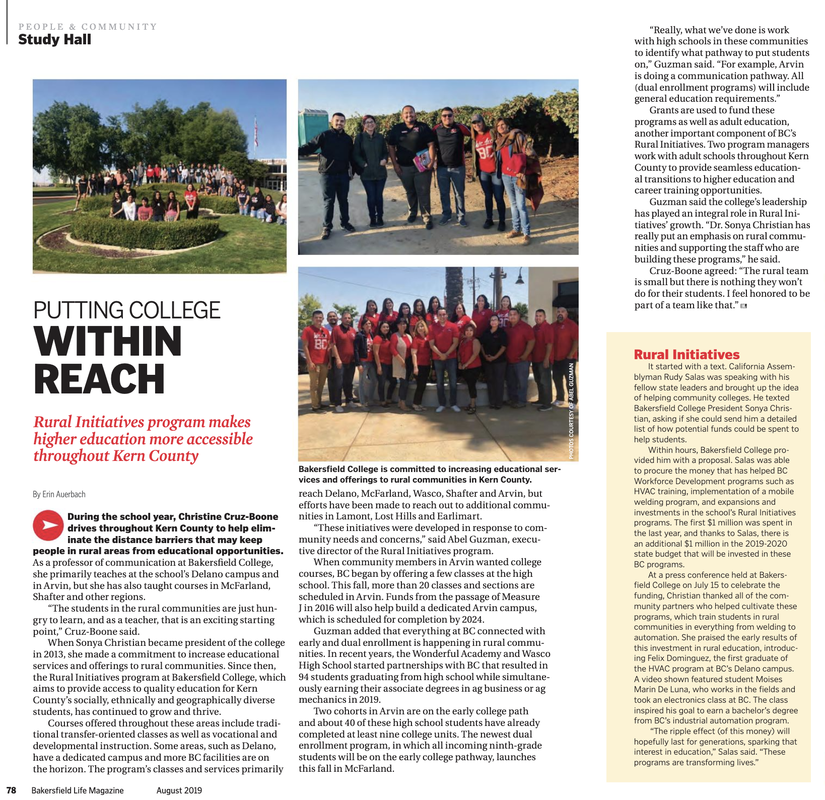